Instagram, one of the most popular mobile applications for pictures and video-sharing social networking services does not cater to a specific bracket of age group. Newborn babies to retired individuals can be found having an Instagram account. The content is accessible to everyone, anytime and anywhere. But this is no longer going to happen in the United States. As promised by Instagram there are going to be parental controls for the users in the US. Now the parents can set a limit to how much their teens should spend time on Instagram. They can view which account their teens are following and being followed by. They also get notifications if the teens report any user. 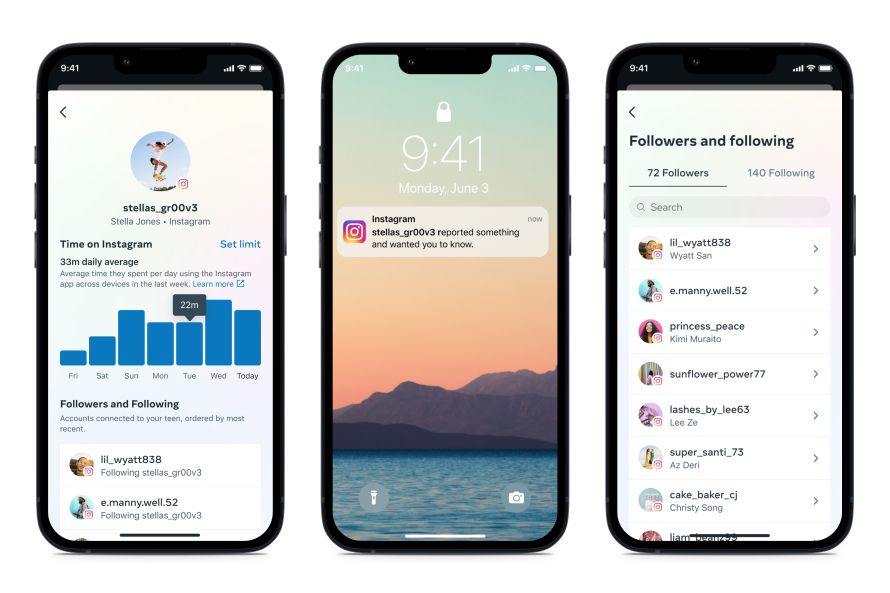 According to research done by the company, there are deleterious effects of Instagram on young users. It is causing a deep impact on their mental health, especially teenage girls. This encouraged the Meta owned social networking app to introduce parental control feature. Soon after the research was announced in public, Instagram announce that they will come up with a feature keeping in mind children below 13 years of age, there is a feature that would ask you to take breaks if there is continuous engagement.

As of now teens themselves would have to enable the feature from their own Instagram account but later somewhere in June, parents or guardians will have to do it from their device (although teens will still need to grant permission). There are going to be a few additions to the features, for instance, the parents or guardians can set a specific time on when their teens can use their account.

These features from Instagram would help gain the trust of the parents or guardians who are worried about their kids’ health. Keeping that in mind apart from Instagram, Meta is also expected to introduce parental controls for its Quest VAR headsets. Parents would have the access to block certain apps which has inappropriate content. Sooner, there would be a complete restriction on downloading age-restricted applications for children (ageing from 13-17 years) from the Quest store. Although, parents or guardians would have the access to allow them to download but they would have to give access app-by-app basis.