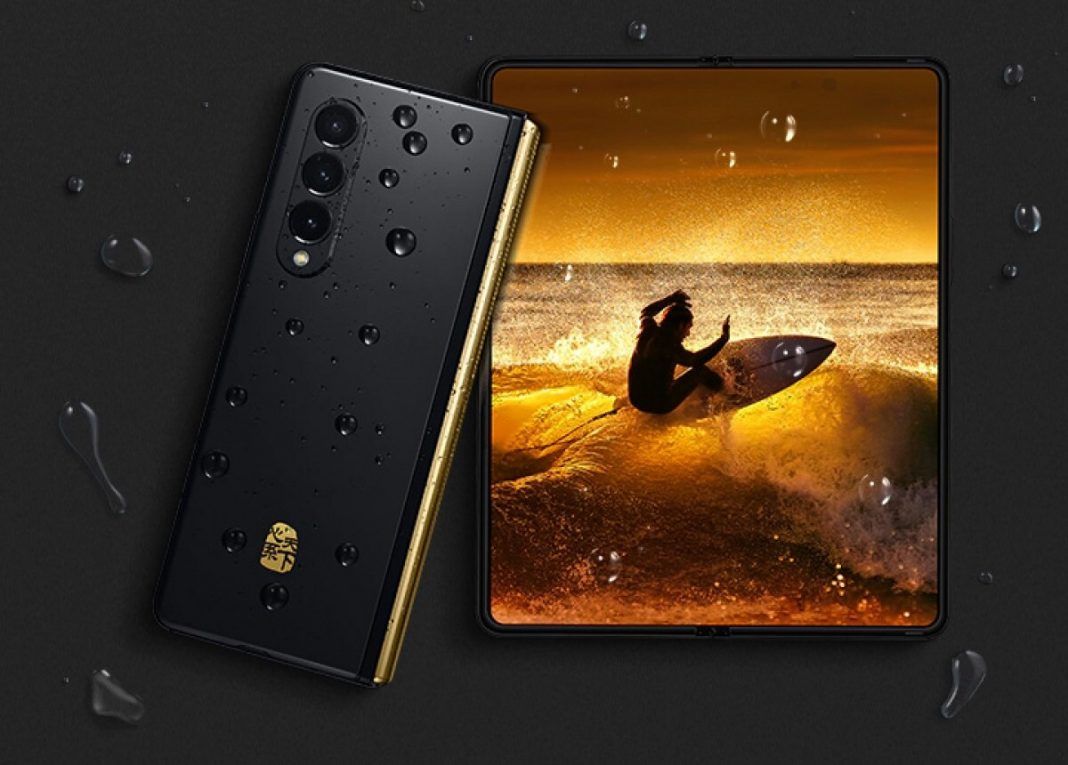 None of the W variants announced by Samsung have made their way out of China, have they? – atleast after those flip phones with number pads. And looks like Samsung have produced yet another masterclass for their Chinese customers with Samsung W22 5G, which is a high-end upgrade to Galaxy Z Fold3 5G created along with China Telecom. 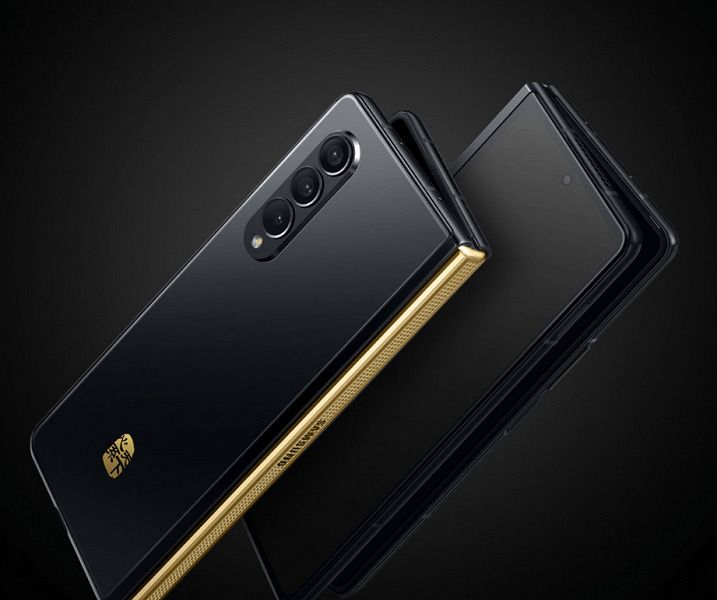 Just like its predecessor Galaxy Z Fold3 5G, Samsung W22 5G will pick up the foldable design complete with S Pen support packs with Qualcomm’s flagship Snapdragon 888 chipset that pairs with 16GB of RAM and a singular 512 GB of storage option alongside the under-screen camera, and dual-screen (internal and external) 120Hz refresh rate support.

This will be the first W series variant to pack under-screen camera technology along with a gorilla glass (which is pretty normal these days), with a 4MegaPixel sensor that supports high-definition selfies. If we look at its rear, this smartphone will have a three-camera setup packed with a 12MP wide-angle main camera, a 12MP telephoto lens, and a 12MP ultra-wide-angle sensor. Though that’s not all about its rear; Samsung boasts state of art craftsmanship and elegance in its design alongside a textured gold spine in the Phantom Black finish with the “Heart to the World” logo laid as the spine in gold.

“‘Heart to the world’ demonstrates the spiritual realm and tolerance of helping the world. The dynamic light and shadow of the close-up are used to create a majestic and high-level texture, and the changing “Heart of the World” logo has three-dimensional and brilliant visual effects under different angles, highlighting the profound accumulation of the brand.”

This one is going to cost Samsung’s Chinese users CHY 16,999 (~$2,644) and is available for booking from today while it will go on sale from October 22nd.

Should I be looking to import this one? – Smartphones selling in Chinese territory does not include Google services and rather have built-in region-specific apps which is why it won’t be wise to import these. And that price at ~$2,644 is a lot to not have Google Mobile Services available.