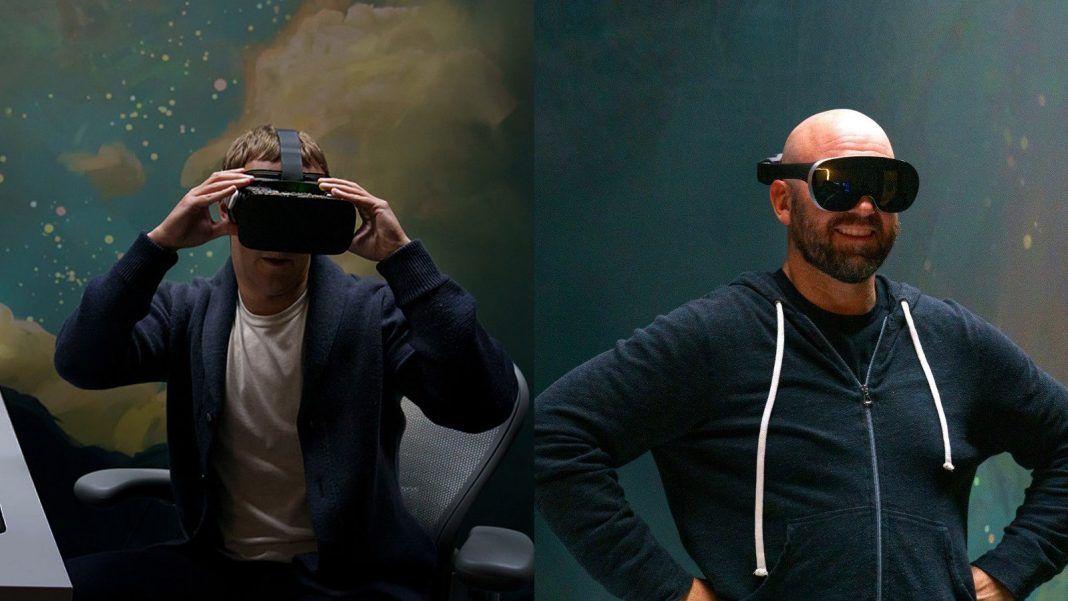 Facebook showed its seriousness about being a long-term player in the hardware market when they promoted Andrew Bosworth as the Chief Technology Officer (CTO). And now Mark Zuckerberg alongside the soon-to-be Facebook CTO Andrew Bosworth are playing around with prototype VR (or AR) tech and want to show it off. Both Zuckerberg and Boz posted pictures of themselves playing around with prototype headsets and connecting the dots to Facebook’s work on the metaverse.

Zuckerberg looks to be wearing something that impersonates Company’s Oculus headsets though he describes this one as “retina resolution” – which is the phrase used by Apple for screens with a high pixel density that cannot be discerned at individual points at a normal operating distance. But when we look at Boz, things get rather interesting – he seems to be wearing something which is much similar to Apple’s much rumoured and talked about VR headset.

Beyond Zuckerberg’s comments around “retina resolution”, it doesn’t look like there’s much to it. Whether they are actual working prototypes or just design mock-ups.

Proud of the research Michael Abrash’s team is working on at FRL-R Redmond—excited to get an early look at some of the technologies that will underpin the metaverse (we work on several prototype headsets to prove out concepts, this is one of them. Kind of. It’s a long story.) pic.twitter.com/Yi9xjy5HmG

If we will see any of these available for consumers is yet to be seen, given that there isn’t any product announcement made by the company. Facebook did launch smart (and screen-less) Ray-Bans and described it as “towards full augmented reality glasses”. But since, there have been multiple prototypes teased which will possibly never make its way in the market that includes a horrifying eye-projection headset, Aria AR glasses, and a set of VR glasses that show you a virtual world instead of augmenting the real one.

Facebook describes Metaverse as, “a set of virtual spaces where you can create and explore with other people who aren’t in the same physical space as you,” – as Zuckerberg and Boz are bagging on virtual world to be the next big thing on the internet.