Tech Tumor
Home Latest News Laptops & Tablets What is RAM? – Why it is so important 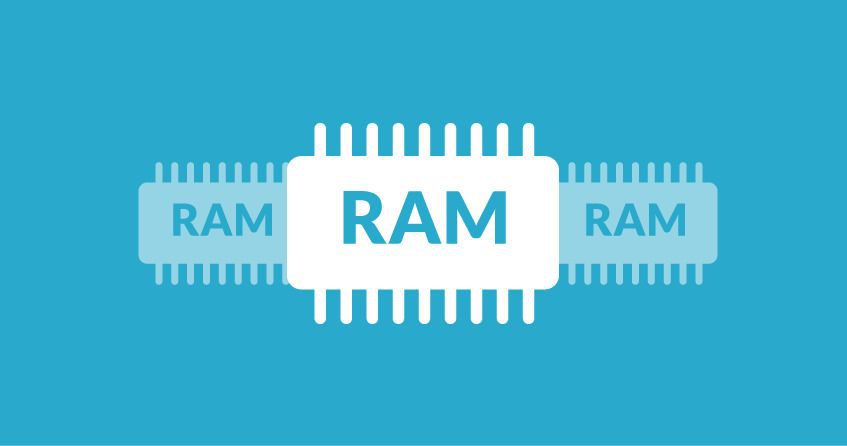 RAM, known as Random Access Memory, is perhaps the best form of computer memory developed by humans till date, used inside laptops, computers and mobile phone devices all across the globe.

In simple terms, RAM acts as your computer/mobile’s short term memory. It functions as a highly fast and speedy storage center that can be used by your device to handle all active tasks and apps in order to store or access data. It does not store static data like SSDs (Solid State Drives) or HDDs (Hard Disk Drives), but in fact stores data that is much more commonly used by applications very frequently.

Since RAM is volatile memory, data stored on the RAM in one session is not carried forward over, and instantly vanishes as soon as you turn off your device or restart it. The Central Processing Unit (CPU) of the computer has direct access to the Random Access Memory (RAM), saving precious time and delivering users extremely fast and responsive usage of applications.

As can be inferred from its name, RAM is built for random access meaning that any data to be read doesn’t necessarily have to be sequential. The CPU can pick out and directly switch over to the required piece of information instead of sequential access, and storing it in temporary storage as RAM.

Alongside the CPU, the RAM installed in a computer is probably the next most important factor contributing to your computer’s performance. A good-sized RAM is extremely necessary for smooth usage and avoiding slowing down while multitasking.

RAM sizes in recent years are available as 1GB, 2GB, 4GB, 8GB, 12GB  or 16GB sticks for computers and mobile devices. It also comes in several types as soldered chips in smartphones, or as standalone modules to be fitted into computer motherboards.

The most common types of RAM are DIMM (dual inline memory module), and SIMM (single in-line memory module). DIMM is essentially a double-sided SIMM, meaning it can store up to twice as much as data over a single SIMM.

Certain laptop brands also use SODIMM (small outline dual in-line memory module) or even MicroDIMMs, which consume less energy, and are more compact as opposed to traditional DIMM. However, these have to be soldered in place and cannot be replaced or removed like DIMM.

WHY RAM IS IMPORTANT?

The need for RAM is to make the computer/mobile experience easier and a lot faster for users to multi-task and have several applications open at the same time. It is one of the most important components in determining your system’s performance. Having more RAM on your device essentially means you can do a lot of stuff at once. Without RAM, doing just about anything on any system would be much, much slower. The system itself uses an amount of memory just to start, and each application we use.

If you constantly find your device lagging or underperforming while you have multiple applications open, it means that you are likely using the entirety of your RAM. Irrespective of having the best specs on your device, having 4 GB RAM on your device as opposed to 8 GB can hamper your experience a lot.

For normal smartphone users, 6 GB of RAM on their phones is enough, but serious mobile gamers will benefit heavily from making a shift to 8 GB or 12 GB of RAM. For laptop or desktop users, the more RAM the merrier, but it is generally necessary to have at least 8 GB of RAM for normal users. If your computer seems to be maxing out its RAM, opting for a memory upgrade is one of the easiest and sure-shot ways to improve performance.