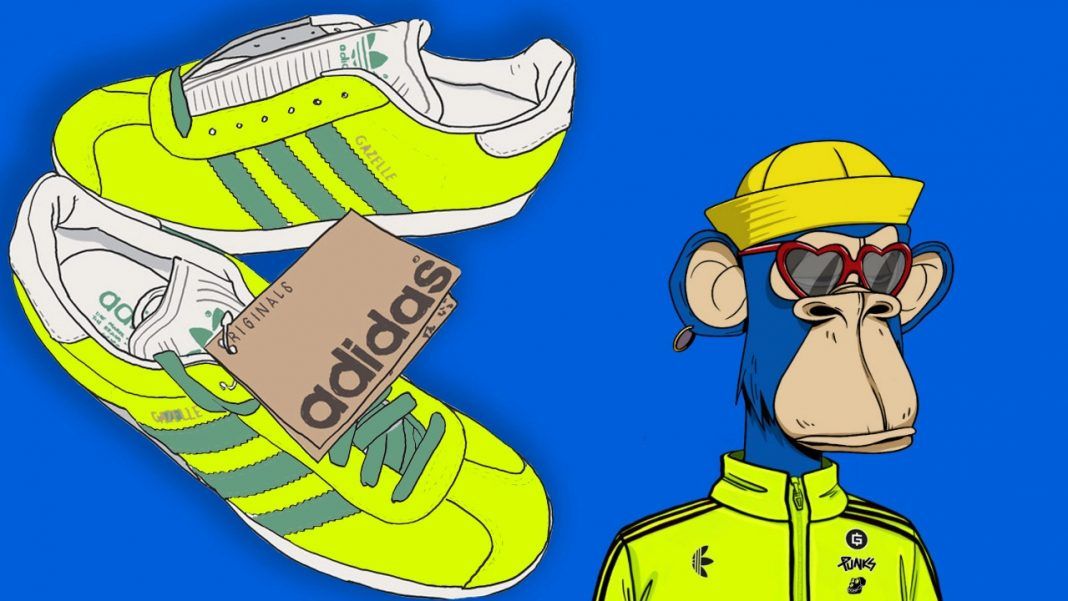 Adidas recently announced its entry into the world of the non-fungible token (NFT), by announcing a four-way collaboration with GMoney, Punks Comic, and the Bored Ape Yacht Club.

The German sportswear brand on Twitter tweeted that the metaverse as “a world of limitless possibilities” and made one of the Bored Ape NFTs as their profile picture. While no official info has been released about the details of the collaboration, BoredApe YC, GMoney, and Punks Comic all tweeted out teaser visuals of their NFTs kitted out in Adidas apparel.

Today we leap Into The Metaverse with @BoredApeYC, @gmoneyNFT & @punkscomic.

It’s time to enter a world of limitless possibilities.https://t.co/LmgtrRn20c pic.twitter.com/40kU8tayrS

NFTs are non-fungible tokens that are basically a unique digital certificate, associated with items such as photos or videos, which provide public proof of ownership via a digital ledger (blockchain).

Bored Ape Yacht Club is one of the most popular NFT brands over the internet with some of their NFTs selling for over millions of US dollars.

Punks Comic is an NFT comic series that fractionalized ownership of 16 different crypto punks, spreading them across the community before building a story around them. All the NFTs are drawn by Marvel and DC Comics artist Chris Wahl. GMoney is a cryptocurrency investor and a top NFT collector.

Just weeks ago, Adidas announced its entry into the metaverse, by announcing a partnership with Coinbase a cryptocurrency exchange platform, and picking up a huge chunk of land in the virtual blockchain-based game The Sandbox, calling it the “AdiVerse”

Adidas isn’t the only apparel and footwear brand jumping into the metaverse as Nike recently announced their plans of creating a virtual world inside of Roblox called Nikeland.

With NFTs and crypto being one of the hottest trends across the world, it is no surprise that brands want to get involved to expand into the digital realm. Several other brands are expected to follow suit after Adidas and Nike and get active in the crypto and NFT worlds.