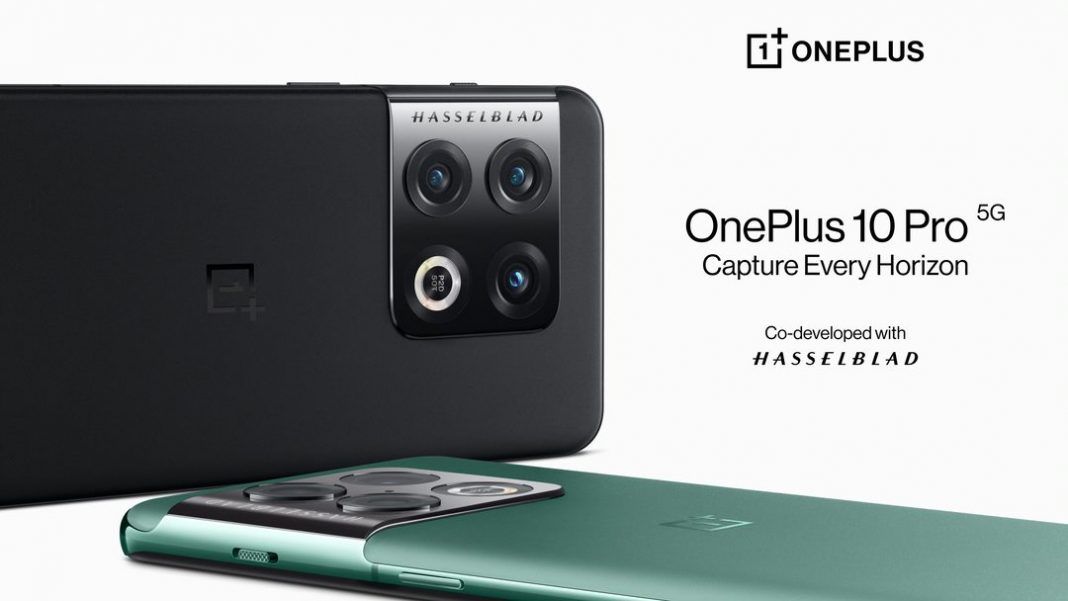 Chinese consumer electronics manufacturer OnePlus is all set to launch its newest range of smartphone series OnePlus 10 on January 11 in China.

The company announced the design for the phone at CES 2022, the world’s largest consumer electronics and IT exhibition in order to create hype around the release of the phone. Soon after confirming the release date, the company slowly started giving glimpses of what features their next release would have.

Following the merger of OPPO and OnePlus, the newest OnePlus 10 is expected to have a new OS making its debut, which will be a merger of OnePlus’s OxygenOS with OPPO’s ColorOS.

The CEO of OnePlus, Pete Lau claimed that the new software will give the users “the fast and smooth, burdenless experience of OxygenOS, and the stability and rich features of ColorOS.”

What’s next for OnePlus? @PeteLau talks about his vision for the future.

The phone will be available in both black and green colors, however, it is uncertain whether more color options will be released later. A 5,000mAh battery with 80W wired charging and 50W wireless options, along with reverse wireless charging have also been revealed.

Talking about the processor, the OnePlus 10 Pro will use the top-end Snapdragon 8 Gen 1 chipset, the successor to the Snapdragon 888, which was released by Qualcomm in December last year.

While no confirmation has been made about the RAM size or the storage, the OnePlus 10 Pro is expected to arrive with either 8 or 12 GB RAM with 128 GB/ 256 GB storage options.
The model will come with a 32MP front camera, and an impressive setup of 48MP + 50 MP + 8MP for the back camera.

While the company has revealed quite a lot of the features on its flagship phone, its price and the release dates for the phone in the global markets is yet to be known.